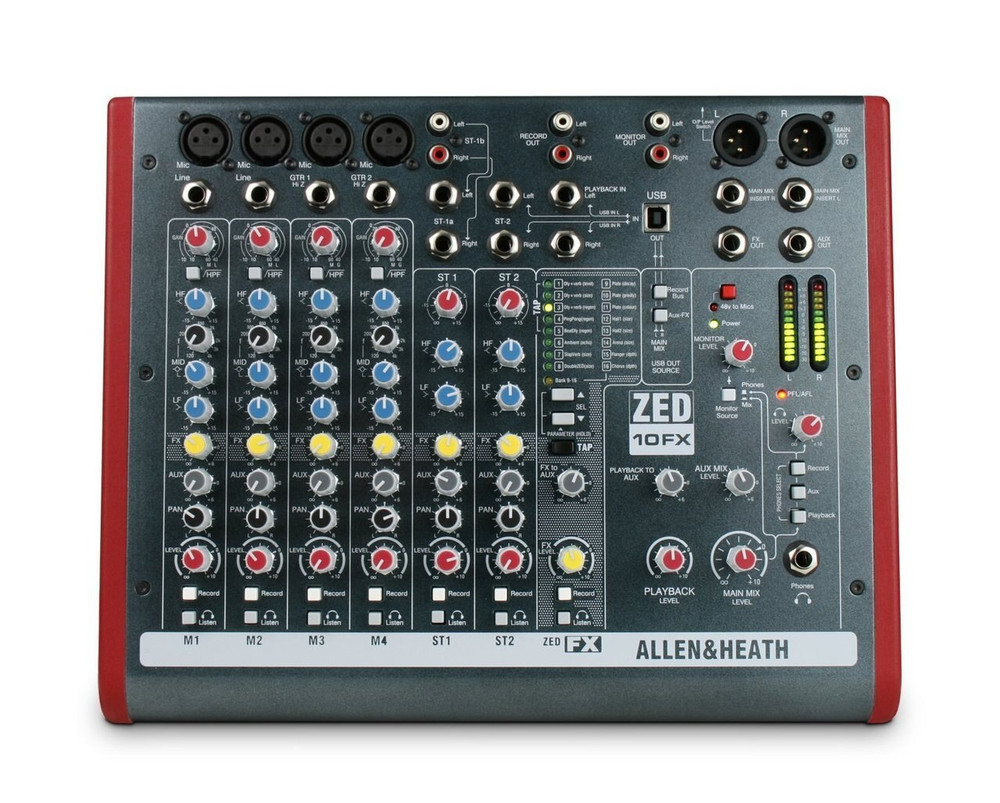 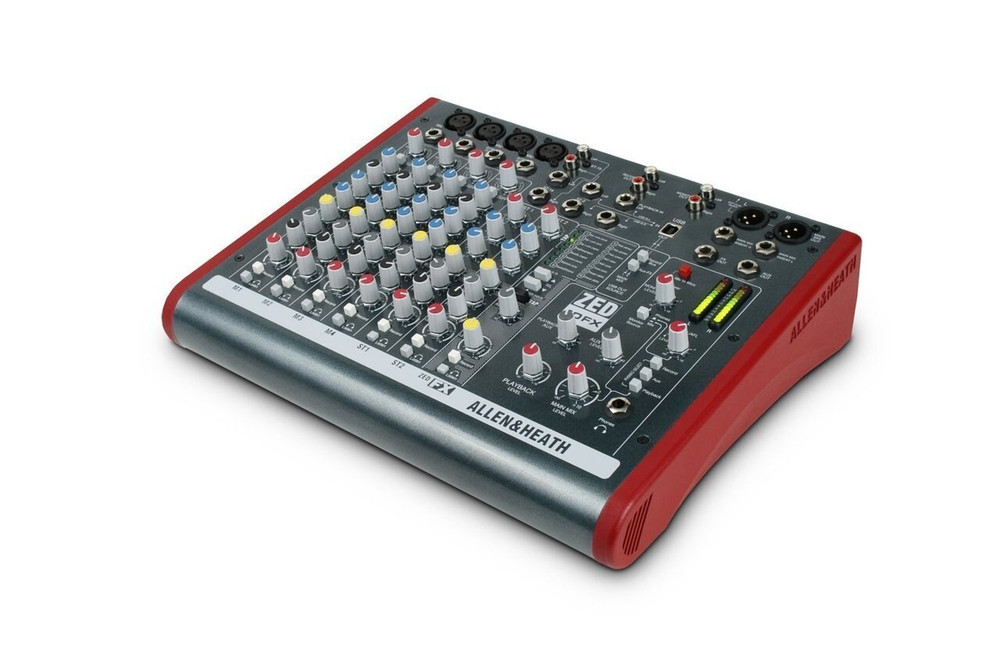 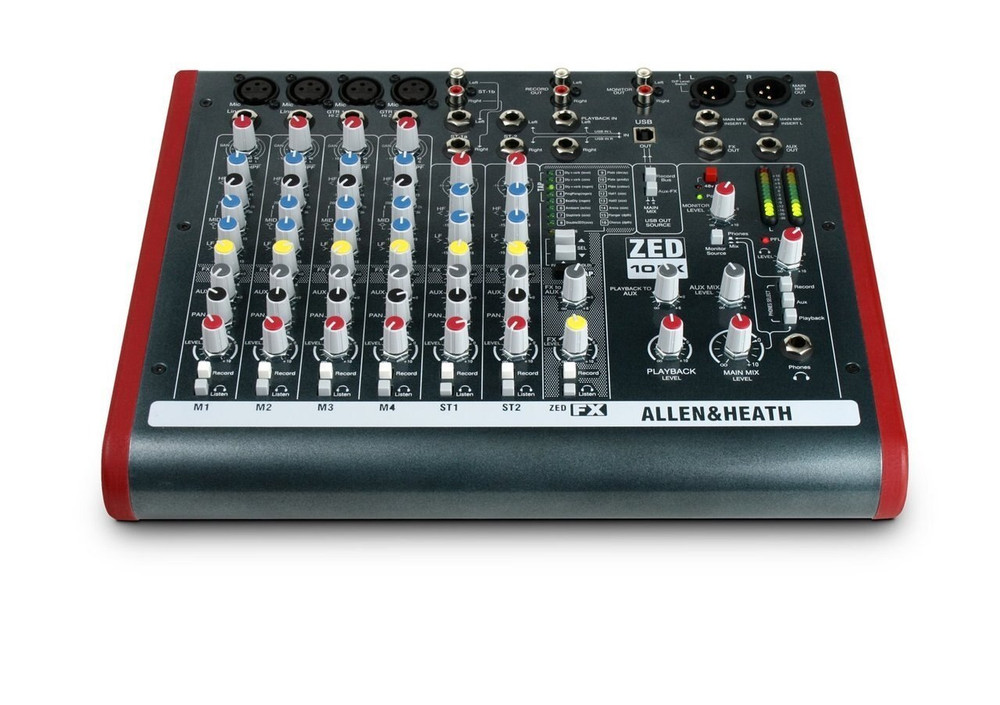 The ZED-10 is an amazing little deskstop mixer made for small band mixing. it is ultra portable for carrying to a gig, and can be used for recording live or in the studio.

Guitars can be plugged in directly to the mixer using the specially designed high-impedance inputs, while the mixer has two stereo inputs for MP3/CD players or keyboards. It is equipped with professional XLR main stereo outputs and a flexible monitoring section with headphone and speaker feed outputs.

The ZED-10 is great for live mixing. The layout makes it very simple to use and easy to achieve a great sound. It's also perfect for recording a live show or an audio project at home that you build up track by track using the USB digital audio interface.

The flexibility and quality of this mixer makes it stand out from the crowd. You can plug your guitars or instruments straight into the class A discrete FET high impedance inputs, up to four microphones, two stereo sources with MP3 player compatibility, separate 2-track record outputs, and a stereo playback input for 2-track replay or perhaps interval music from a CD player, XLR main stereo outputs with inserts, comprehensive monitoring with headphones, and separate monitor speaker outputs, 48V microphone phantom power, DI level switching for sub mixing, and last but not least, the same digital effects algorithms as those used on Allen & Heath's flagship digital consoles costing 150 times as much.