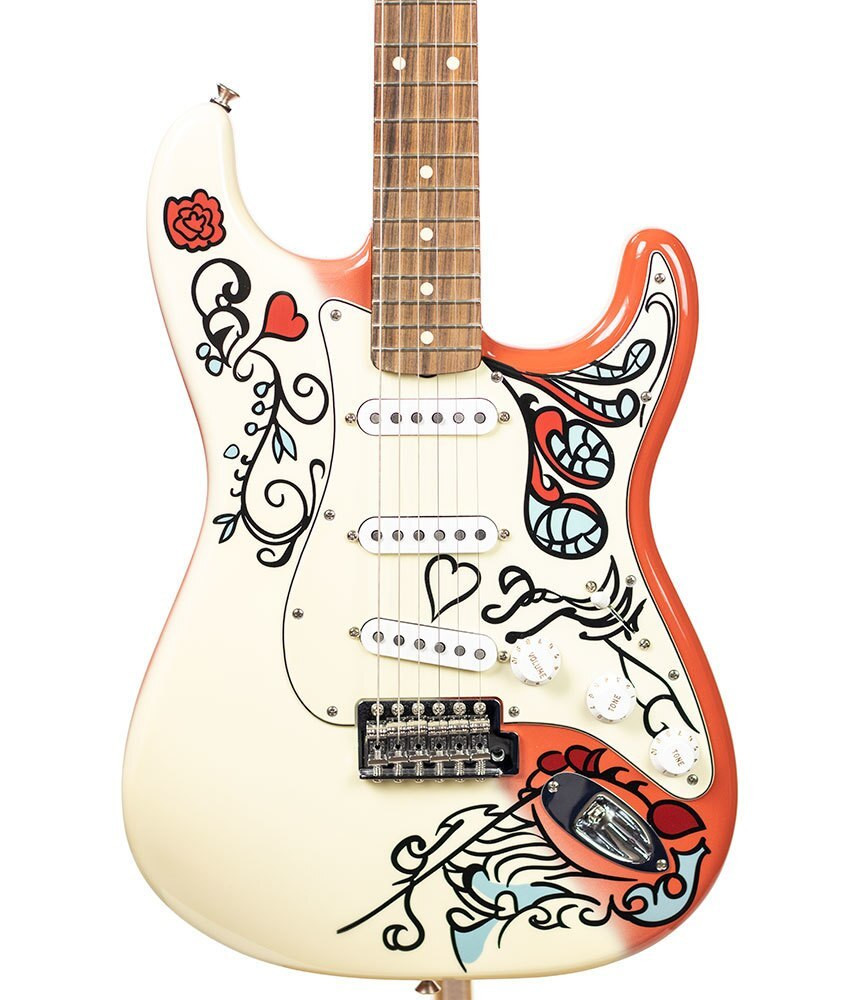 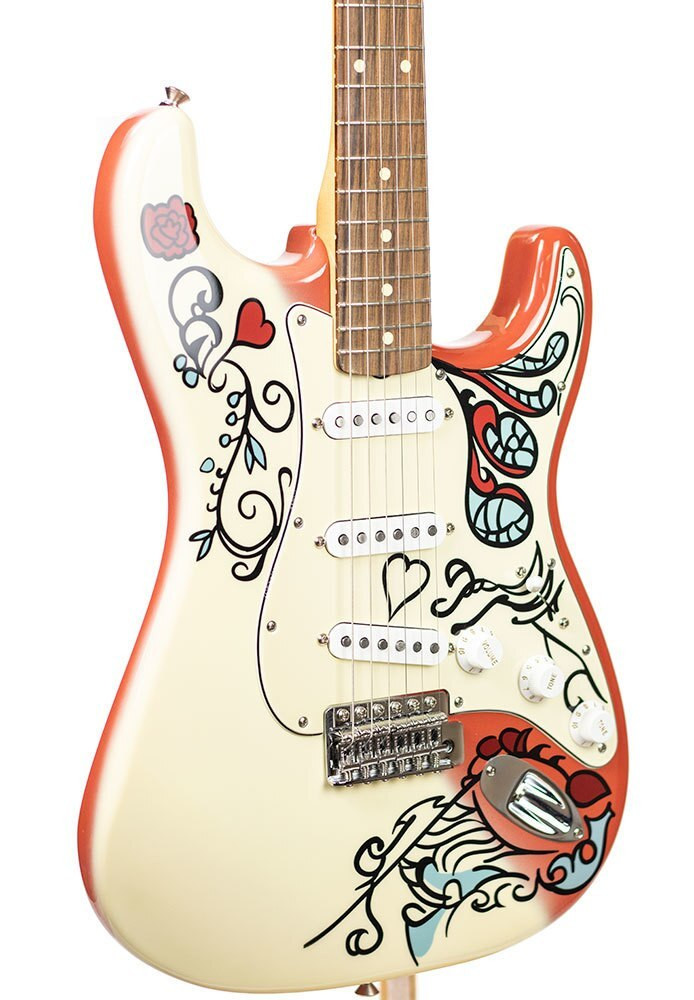 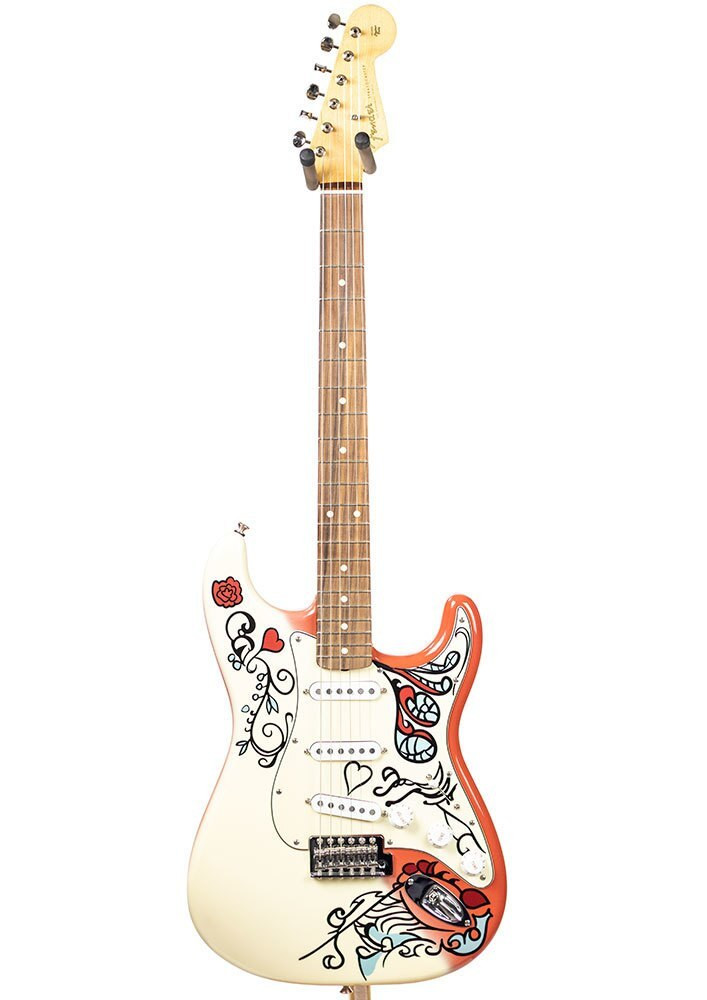 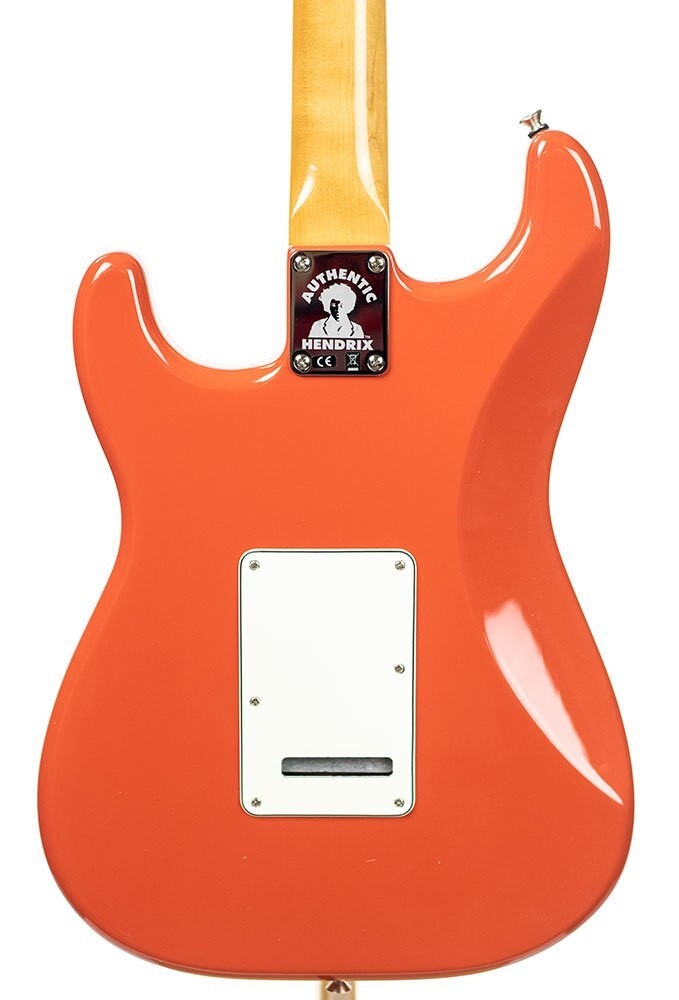 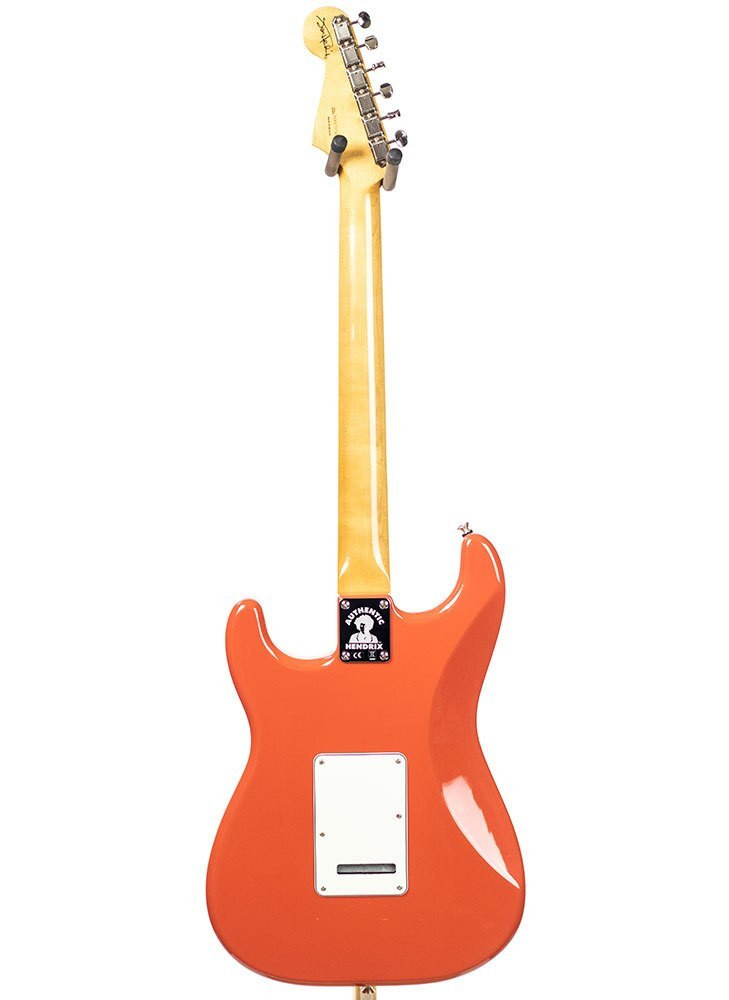 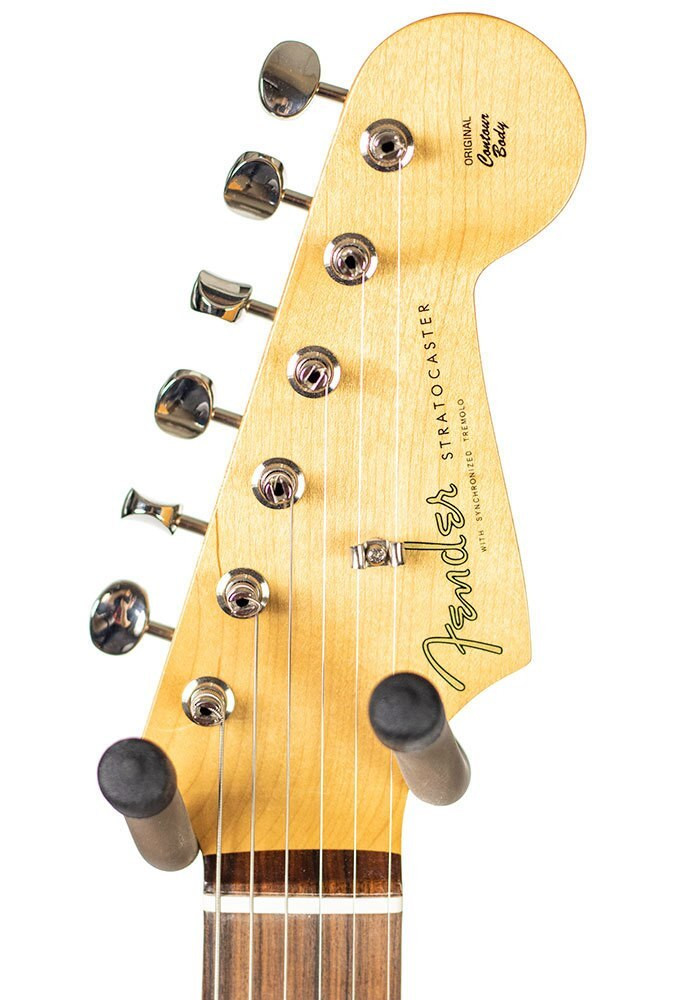 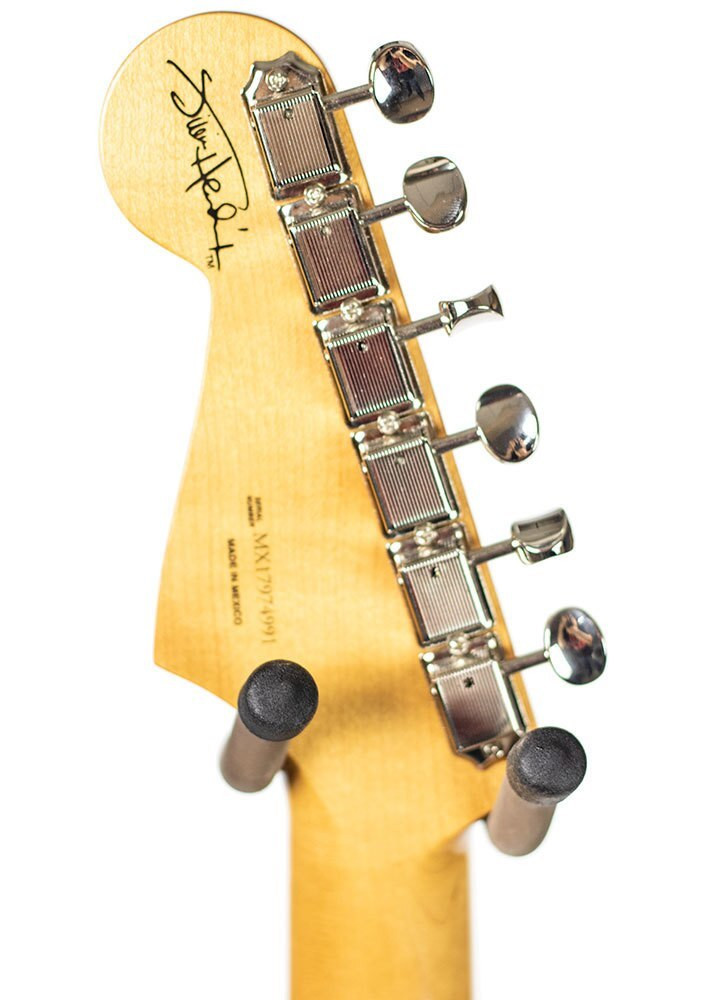 "I'm Gonna Sacrifice Something That I Really Love…"
Jimi was talking about the white Strat. Yes — that one. He'd played a black Fender Stratocaster throughout the concert, but for the last song, he'd swapped it for a white one with hand-painted nail-polish artwork. As "Wild Thing" built to its feedback-frenzy climax, Jimi doused the guitar in lighter fluid, set it ablaze, and smashed it to pieces — which he threw out as peace offerings to an appreciative — and stunned — audience. This legendary 1967 Monterey Pop Festival performance was the American debut of the Jimi Hendrix Experience, and the world was on notice. The rock critics were blown away. "Jimi Hendrix breaks the world into interesting fragments. Then reassembles it. You hear with new ears, after being Experienced," read the back cover of their first album, released just five weeks before. To commemorate the 50th anniversary of this historic milestone, Fender created the limited-edition Jimi Hendrix Monterey Stratocaster.