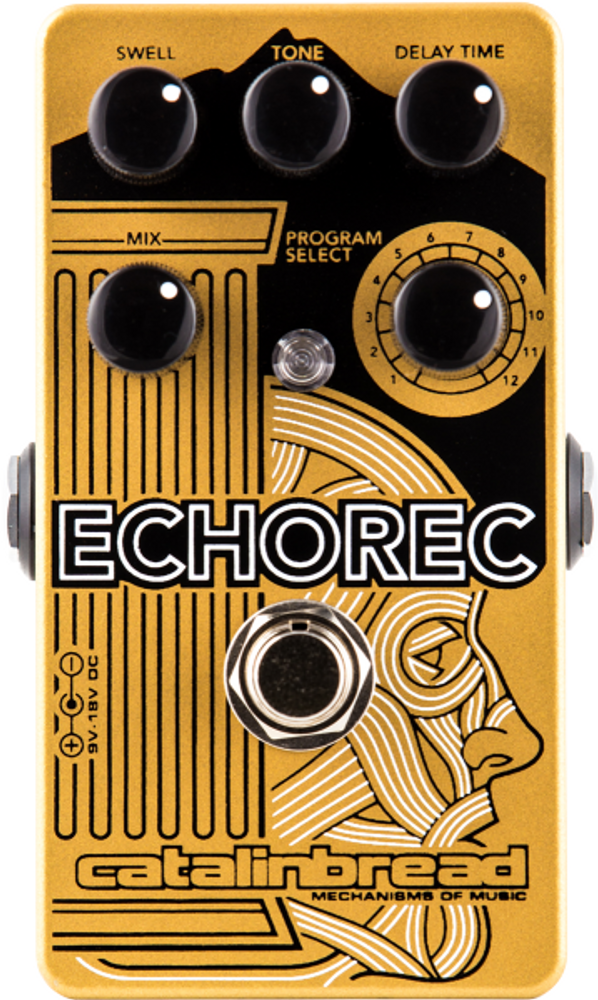 The resurrection of the legendary Binson Echorec multi-head drum echo

The Binson Echorec was so cool we had no choice but to bring it back. And we wanted to bring it back right. We wanted to take all the goodness of that huge Binson Echorec and squeeze it down into a standard sized stompbox without losing anything. In fact, in addition to not losing any of the qualities that made it such a compelling musical device, we wanted to EXTEND its capabilities because the original Binson hinted at possibilities that it couldn’t realize. We’re talking about variable delay time! We thought, “What if we had the same four playback head concept but could stretch the delay time out beyond the 300mS of the original Binson?” Then the rhythmic patterns suggested by the various combinations of those four playback heads could really come to life!