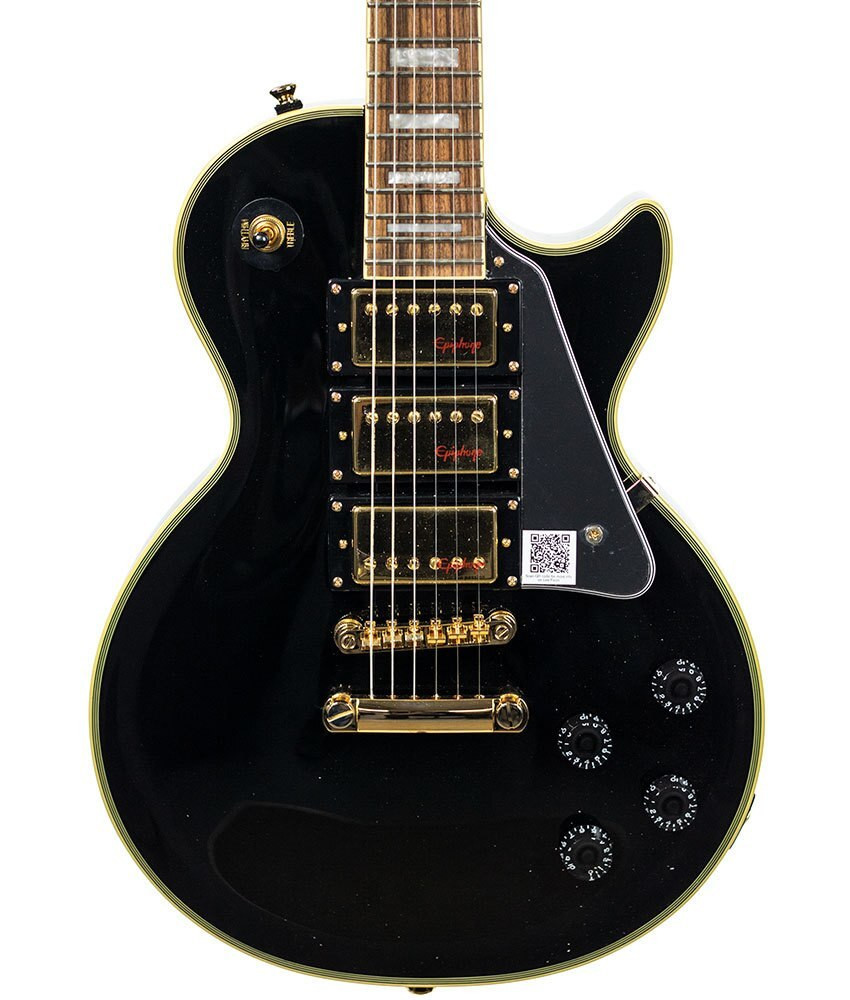 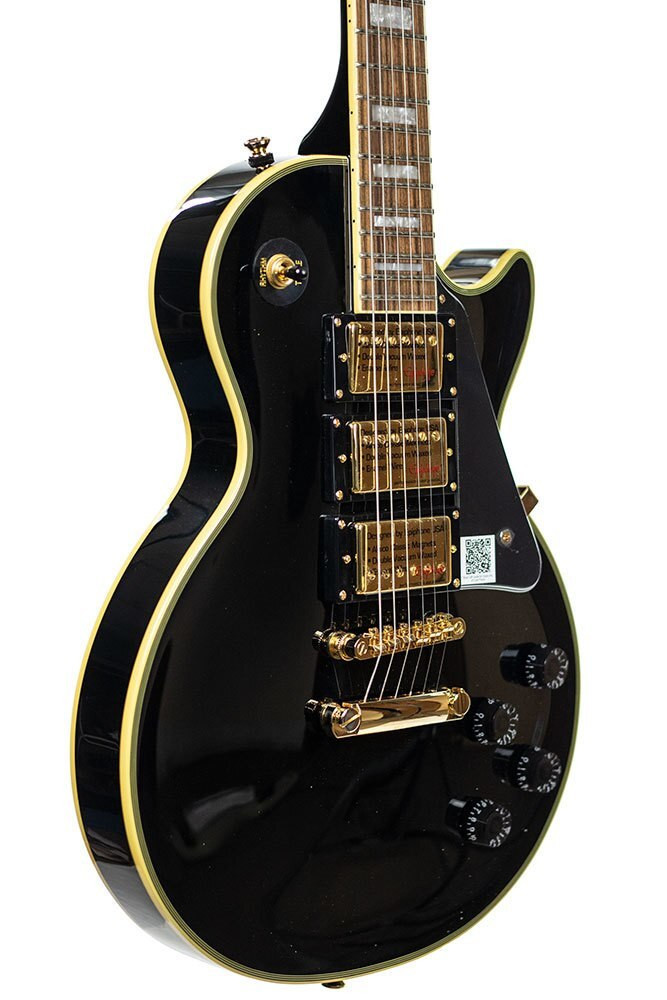 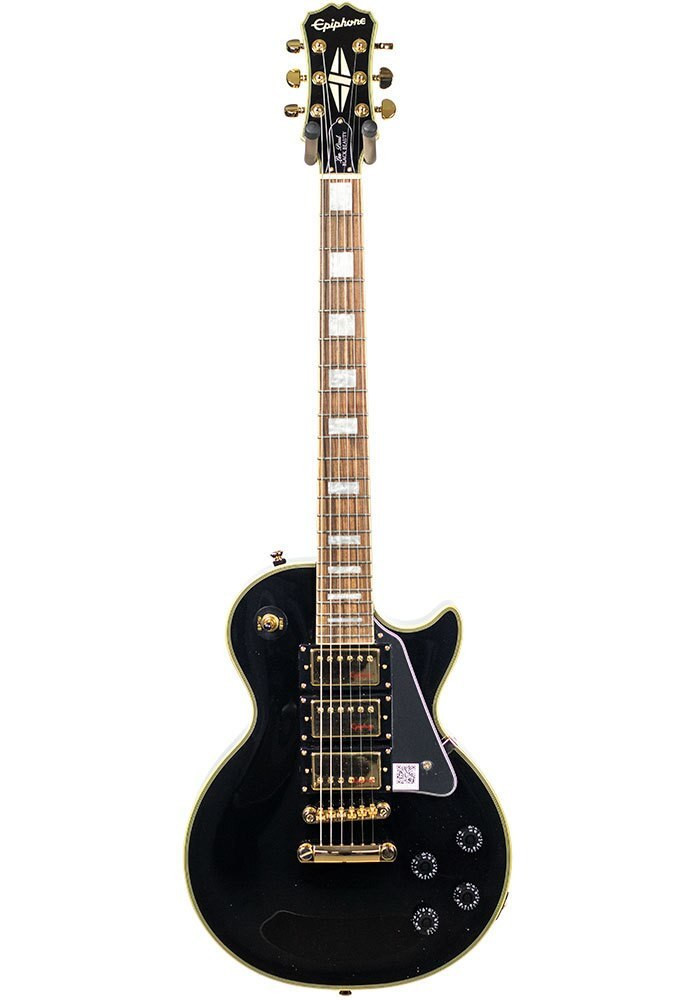 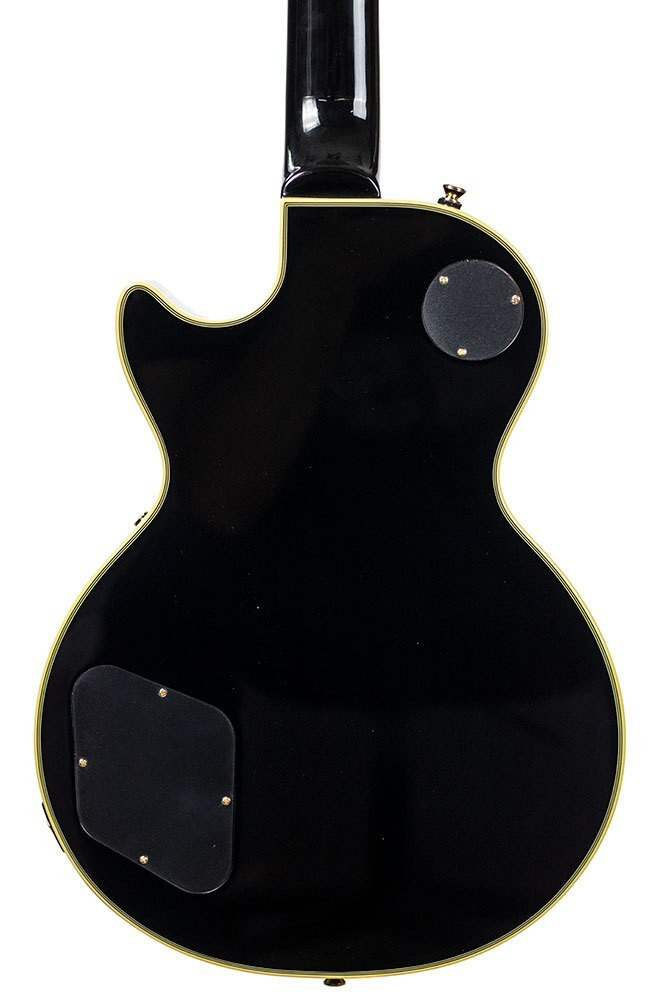 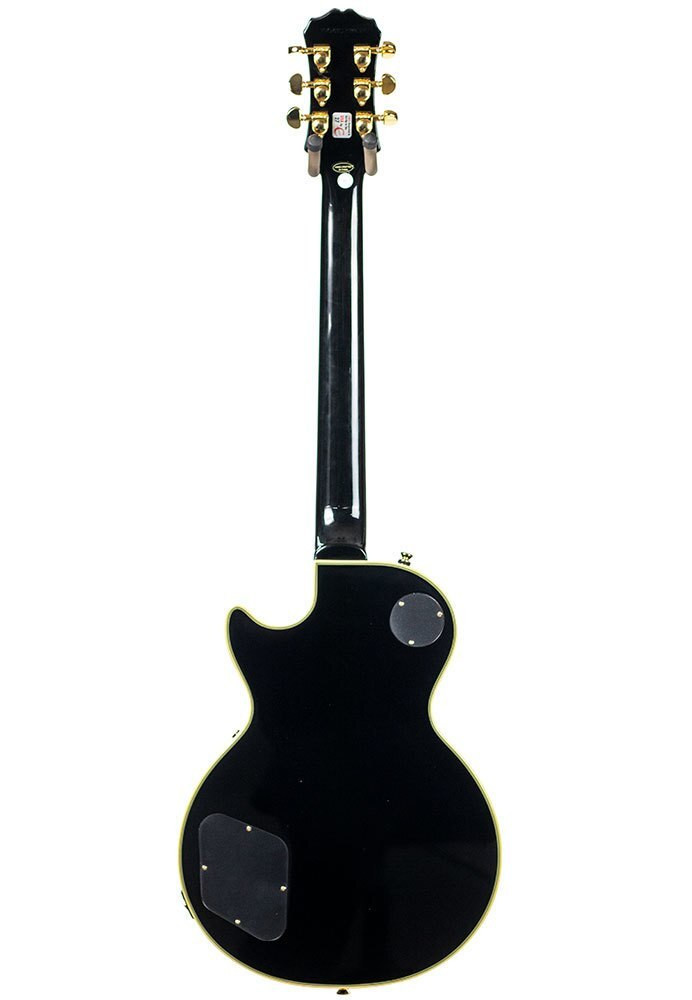 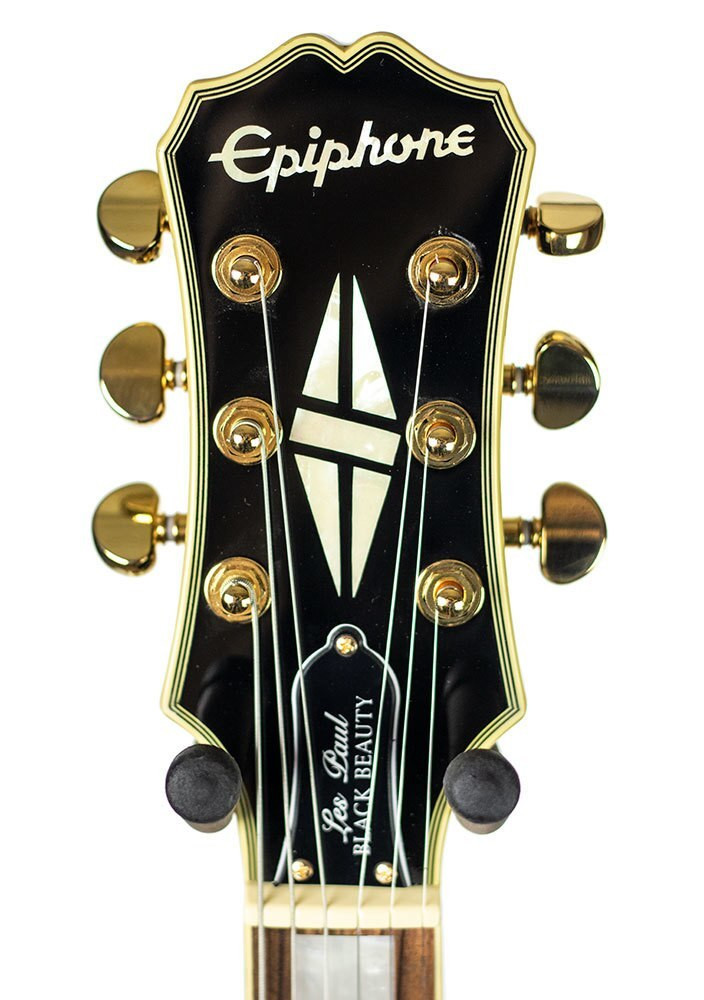 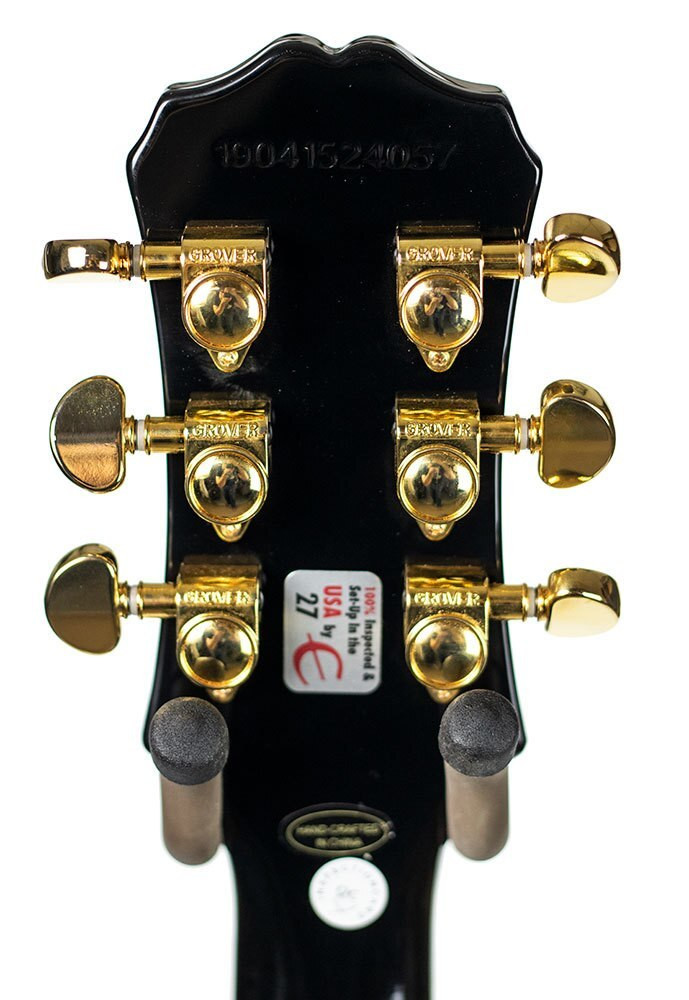 The Les Paul Custom made its debut in 1954 after the initial success of the Les Paul Goldtop. Les Paul thought his namesake guitar needed a new look and suggested a classy ebony finish would go well with a tuxedo on stage. But Les also knew that the “Les Paul” guitar had to keep up with the competition, so his "Les Paul" also got an additional pickup, making the Les Paul 'Black Beauty one of the most striking guitars of its time. Les thought so too and frequently performed with his Black Beauty on the Les Paul and Mary Ford weekly television show. The Epiphone Les Paul Black Beauty 3 has often been referred to as the "ultimate tuxedo" Les Paul. And with its gold appointments, fully bound body, neck, headstock and pearloid inlays, we think you'll agree that the Epiphone Les Paul Black Beauty 3 is one of a kind