As time goes on the world recognizes true excellence. When Kawai MP Series Digital Pianos was named “Pro Digital Keyboard Line of the Year” by MMR Magazine back in 2014, it marked the first time Kawai professional stage pianos had reached the height of the industry. This honor happened again in 2018, proving that the recognition received in 2014 was certainly not a fluke. But then along came 2019, the year when the MP Series was voted “Pro Digital Keyboard Line of the Year” for the third time. This illustrates that Kawai has entered the rarified space occupied by only a handful of product lines in the music products industry. If you want for a professional stage piano, check out the line that music retailers rave about most — the Kawai MP Series Digital Pianos. 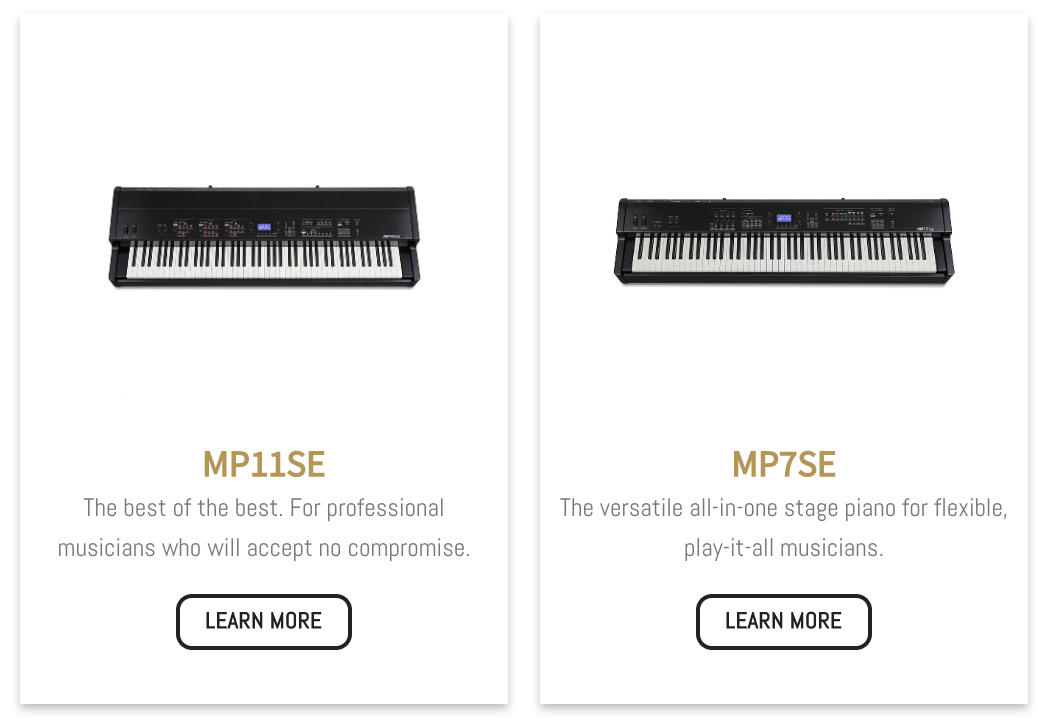 A class-leading action, hundreds of great sounds, and superb real-time control. When it comes to outstanding live performance, there’s one board that guarantees success. Kawai MP7 – the versatile, all-in-one stage piano for flexible, play-it-all musicians.

The most realistic keyboard, the most accurate sound and the most articulate control. While others may claim to be “the best,” only one can be considered the most authentic. Kawai MP11 – the award-winning stage piano for music professionals who won’t accept compromise.