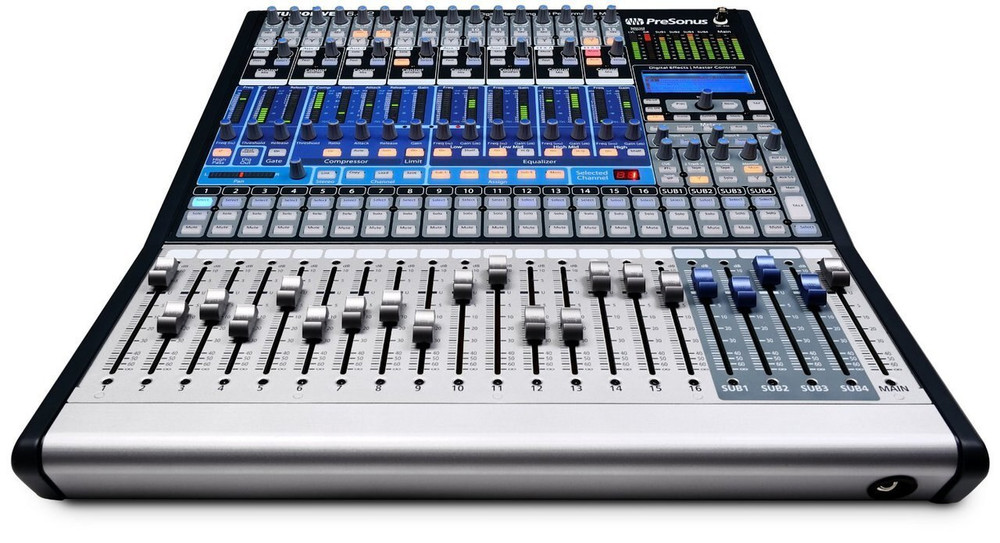 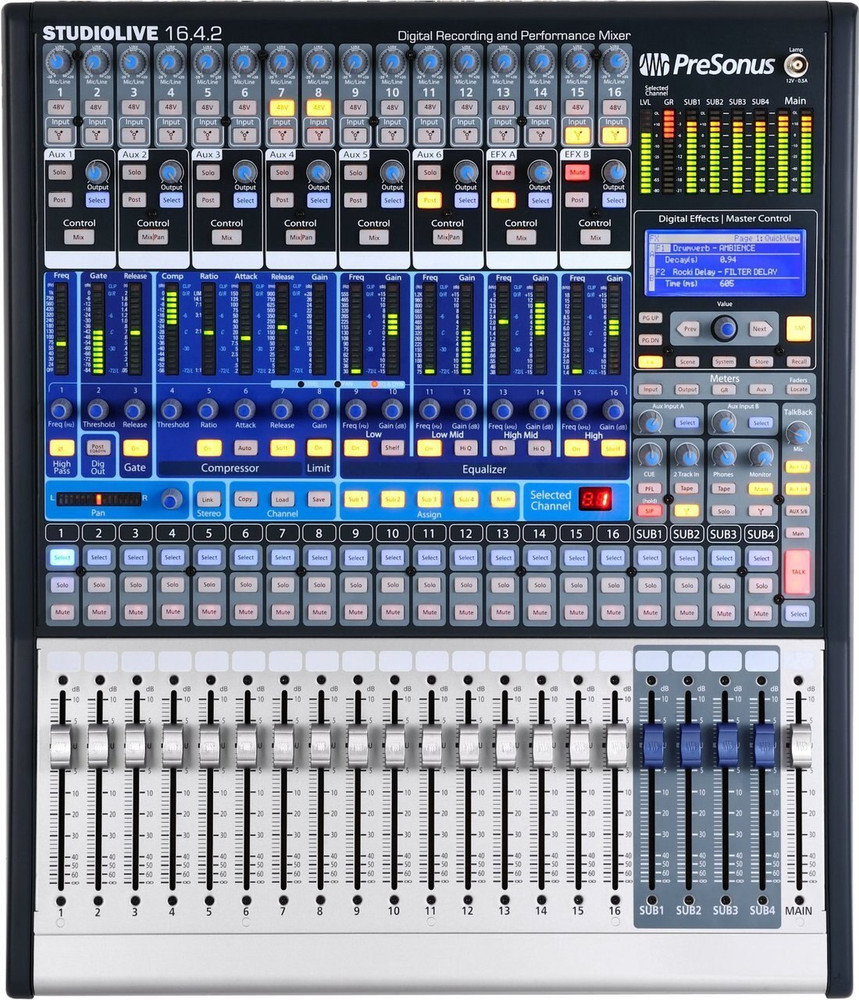 You'll never go back to an old-skool analog mixer once you've used StudioLive. With its incredible signal-processing power on every channel, easy store and recall of every setting, and the ability to record it all with just two mouse clicks, you'll get spoiled fast! Easier to use, better sounding, and flawlessly integrated with state-of-the-art software, it delivers the most creative environment possible for both live performance and studio music production.

Loaded with Racks of Effects

BEST IN BOTH WORLDS

StudioLive seamlessly integrates a professional digital mixer with a complete multi-channel recording system delivering the most creative environment available for both live performance and studio music production. Take your recording studio to the gig, and have your soundman record and even enhance your shows with the power of StudioLive.

Get creative in the studio. Record with or without Fat Channel or DSP effects processing. Create mixes, loops, sound effects and more, then bring them out to your show and mix them with the live performance. Process channels using your favorite plug-ins, and completely automate your entire show using your favorite music recording and production software. StudioLive completely revolutionizes music production opening endless creative possibilities.

StudioLive features an innovative and intuitive “QuickTouch” design allowing fast access to every parameter, mix, effect, and aux, allowing quick and creative control during music production. Load and save functions are also included to create snapshots of channel settings, save effect settings, totally recalling a mix, and more. All digital mixing and effects processing is done with 32-bit floating point precision for unmatched musicality.

(EQ, Compressor, Limiter, Gate, on every channel)
The heart of StudioLive is the “Fat Channel” engaged by pressing any “select” button, and features extensive equalization and dynamics available to every input channel, every aux output, every subgroup output, and main output. High pass filter, and four-band semi-parametric equalization algorithms are based on PreSonus’ custom-designed digital EyeQ™ equalizer, delivering extremely musical results. Also included in the Fat Channel are compressors, limiters and gates modeled after PreSonus’ award-winning ACP88 for complete dynamics control.

Load and Save Your Settings

StudioLive allows you to save all of your digital settings for quick setup and recall. Save “scenes” (all settings) including fader levels with LED position matching, channel strips (Fat Channel), and individual DSP effects for ultimate ease, quickness and control.

StudioLive 16.4.2 also ships complete with CAPTURE multi-track recording software so you can effortlessly record your shows right out of the box. CAPTURE software was designed to interface with StudioLive 16.4.2 perfectly to allow instant setup and recording of performances. With the look and feel of industry standard digital multi-track hard disk recorders, CAPTURE software is instantly familiar to every musician and engineer. StudioLive HDR software gives you full editing capability as well as export to wav file formats for compatibility with ProTools, Cubase, Nuendo, Logic, Sonar and all other recording and music production software. Or you can play back your recorded tracks into StudioLive 16.4.2 via FireWire and mix your tracks with the mixing power and capabilities of StudioLive 16.4.2, then record the final mix back to CAPTURE! Now that’s power!

StudioLive includes sixteen custom-designed high-voltage, discrete, XMAX Class A microphone preamplifiers for all types of microphones.The job of a microphone preamplifier is to boost microphone level signals to line level so that the signal can be converted from analog to digital. This mic to line boost is generally a preamplification of over 400 times the voltage of the original mic level signal. This preamplification stage is one of the most important stages that the signal will go through before converted to digital, and is why a high performance preamplifier is important to achieving great results.

All XMAX preamplifiers are built with the same three elements:

Class A - When a circuit is running in Class A mode the circuit is always in an "on" state operating at its optimal voltage requirements. Class A mode has zero crossover distortion and delivers purer, clearer and more musical sonics than class A/B designs which are found in most op-amp circuits.

The net result of the XMAX preamp design is high headroom, low noise, wide dynamic range and wide frequency range, and most importantly, musicality and transparency - smooth highs, solid deep lows, and everything in between.